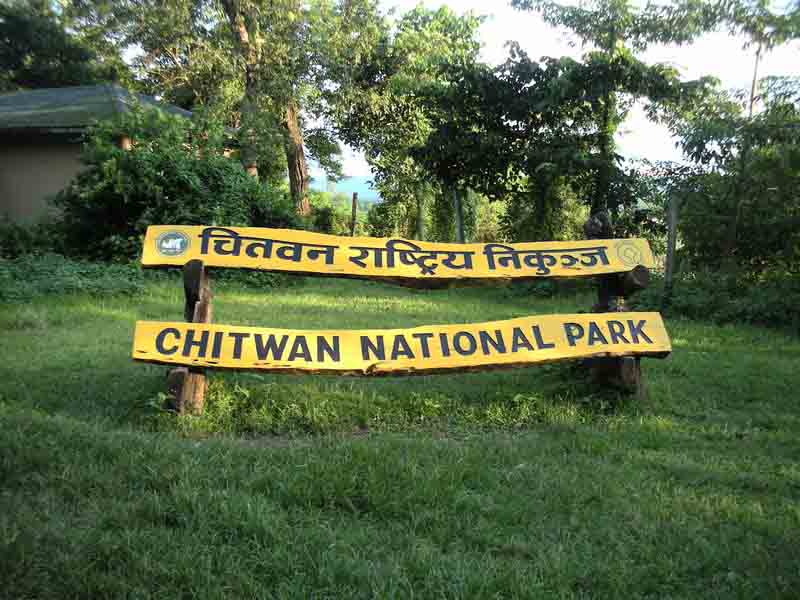 The Chitwan National Park (CNP) is a world heritage property, and it also contains a Ramsar Site – Beeshazari Tal in its buffer zone. The CNP has a history of over 3 decades in park management and a rich experience in resolving conflicts between the park and the people.

It is a rich natural area in the Terai, the subtropical southern part of Nepal. A total of 68 species of mammals, 544 species of birds, 56 species of herpetofauna and 126 species of fish have been recorded in the park. The park is especially renowned for its protection of One Horned Rhinoceros, Royal Bengal Tiger and Gharial Crocodile.

Pokhara is a city on Phewa Lake, in central Nepal. It’s known as a gateway to the Annapurna Circuit, a popular trail in the Himalayas. Tal Barahi Temple, a 2-story pagoda, sits on an island in the lake. On the eastern shore, the Lakeside district has yoga centers and restaurants. In the city’s south, the International Mountain Museum has exhibits on the history of mountaineering and the people of the Himalayas.

After Breakfast Drive to Pokhara. Pokhara is 210 Km from Kathmandu around takes 6 to 7 hours by Drive. On the way you can Visit Manakamana Temple if you visit Temple you need pay Cable Car Ticket after Visit Continue Drive to pokhara upon arrival Transfer to Hotel overnight in Pokhara.

After Breakfast you will Visit to Pokhara Sightseeing David fall, Gupteshower Cave, Fewa Lake (Tal Bharahi Temple) Bindabasini Temple after Visit Transfer to Hotel evening Free for your personal Activities there is optional adventure you can enjoy overnight in Pokhara.

After Breakfast Dive to Chitwan its will take around 5 hours upon arrival in Sauraha (Chitwan) Transfer to Hotel After check in hotel will give you shot Briefing about Activists Evening Tharu Culture Dances Overnight in Chitwan.

After Breakfast Drive back to Kathmandu on the way we will have lunch.